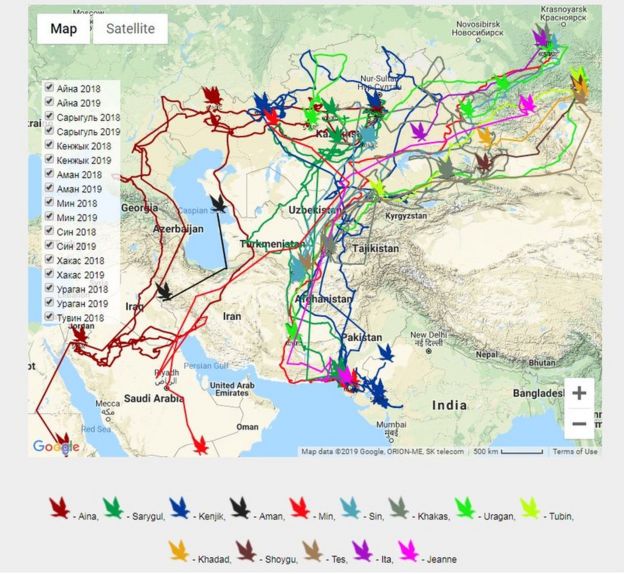 Russian scientists tracking migrating eagles ran out of money after some of the birds flew to Iran and Pakistan and their SMS transmitters drew huge data roaming charges.

The SMS messages deliver the birds’ coordinates as they migrate, and the team then use satellite photos to see if the birds have reached safe locations. Power lines are a particular threat for the steppe eagles, which are endangered in Russia and Central Asia.

They are currently tracking 13 eagles. The birds breed in Siberia and Kazakhstan, but fly to South Asia for the winter.

To live is the rarest thing in the world. Most people exist, that is all.