Inspiration for the Adventure Traveller

Connecting the Pacific and Atlantic Oceans, a 4,000km South American trail created by indigenous people over millennia is revealing its mysteries to the world.

The general consensus is that the main route in the network connected the east and west coasts of South America: it began from three starting points on the coast of Brazil (in São Paulo, Paraná and Santa Catarina states) that joined up in Paraná, continued across Paraguay to silver-rich Potosí and Lake Titicaca in Bolivia, pressed on to Cusco (the capital of the Incan Empire) in Peru and then down to the Peruvian and northern Chilean coast.

“In broad terms, we can say that the path followed the movement of the setting and rising sun,” wrote Bond in her most recent e-book, História do Caminho de Peabiru, published last year.

The Guaranis’ spiritual path to paradise became a fast track to riches for European invaders – such as Portuguese sailor Aleixo Garcia – on the New World expeditions that would ultimately lead to genocide of South America’s indigenous populations. Legends of El Dorado and the Sierra de la Plata (Mountain of Silver) brought Spanish and Portuguese flotillas across the Atlantic, and some indigenous groups helped them penetrate the interior of the continent along the Caminho de Peabiru, said Parellada. “Knowing the main routes and trails via the native populations became a strategic advantage, broadening the plundering, the destruction and the greed for new territories and mineral riches.” »

Jordi Busqué, writing for the BBC »

There, hidden amid the tapirs, jaguars and spectacled bears that call the Yungas home is a remarkable community that has remained largely unrecognised by the outside world for nearly 200 years: the Kingdom of the Afro-Bolivians – the spiritual capital of thousands of Bolivians of African descent and one of the last kingdoms left in the Americas.

The roughly 2,000 inhabitants of this hidden, humble kingdom are mainly farmers who live next to their small land plots, where they grow coca, citrus and coffee. In Mururata, a village of around 350 inhabitants, free-range chickens cluck loudly on dirt roads, children play together in the streets, and men and women work the land with hoes and emerge from the forest carrying newly chopped bundles of firewood. Others sit in front of their tin-roofed homes, greeting passersby and waiting for the first stars to appear in the sky at dusk.

END_OF_DOCUMENT_TOKEN_TO_BE_REPLACED

Lake Titicaca, which borders both Bolivia and Peru, is one of the largest freshwater lakes in South America.

The video is brought to us by the European Space Agency (ESA).

Covering an area of around 8300 sq km, Lake Titicaca lies on the high Andes plateau and straddles the border between Peru (to the west) and Bolivia (to the east). It is considered the highest major body of navigable water in the world, as it sits at an elevation of 3800 m above sea level.

More information is available from the ESA.

Lonely Planet’s 7 most scenic routes in the Americas

Snow tires are mandatory from November 1 to April 1.

According to Allegra Zagami, writer for Lonely Planet, on a drive along the Pan American Highway in 2019 »

The Icefields Parkway, or Canada’s Highway 93, is one of the most scenic drives in the world with over 144 miles (232km) of adventure and overwhelming natural beauty between Banff and Jasper National Parks.

The European Space Agency (ESA) brings us a video of the Amazon River meandering through one of the most vital ecosystems in the world, the Amazon rainforest, and six countries in South America.

The Amazon River originates in the Andes Mountains of Peru and travels through Ecuador, Colombia, Venezuela, Bolivia, and Brazil before emptying into the Atlantic Ocean.

The Amazon river begins its journey in the Andes and makes its way east through six South American countries before emptying into the Atlantic Ocean on the northeast coast of Brazil. The river has a length of around 6400 km – the equivalent of the distance from New York City to Rome.

The Amazon is considered the widest river in the world with a width of between 1.6 and 10 km, but expands during the wet season to around 50 km. With more than 1000 tributaries, the Amazon River is the largest drainage system in the world in terms of the volume of its flow and the area of its basin. As a consequence of its ever-changing flow, older riverbeds can be seen as thin lines around the main river at the top of the image.

One of its tributaries, the Javari River, or Yavari River, is visible as a thinner blue line weaving through the tropical rainforest. The river flows for 870 km, forming the border between Brazil and Peru, before joining the Amazon River.

A beautiful time-lapse video of many South American landscapes by Morten Rustad.

One year of travel, nine countries, countless hours on busses, motorbikes, and cars. Hundreds of thousands of images taken. 30TB of data used, 5 months of editing. The time-lapse film features South America like it has never been before with images from Brazil, Venezuela, Guyana, Colombia, Argentina, Chile, Peru, Bolivia and Ecuador.

More about this project, including BTS videos, at Morten’s website.

Iohan Gueorguiev’s videos are well made, but they are generally an hour long.

With this video Iohan recaps his trip so far, from Alaska to Argentina, in less than 15 minutes.

If you like this, you’ll love his full length videos.

In May 2014, Iohan Gueorguiev (website – YouTube – Twitter – Instagram) started cycling from the Arctic Ocean at Tuktoyaktuk, in Canada’s Northwest Territories. The plan was to cycle to the tip of South America in a year, maybe a few more months.

END_OF_DOCUMENT_TOKEN_TO_BE_REPLACED 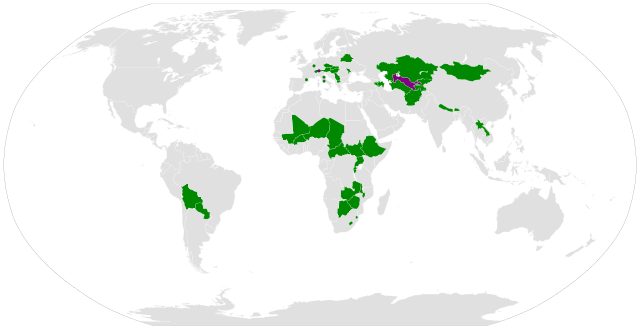 It’s a one way ticket.
Take the long way.
Take care of one another.
Enjoy the ride!

I am an ordinary man who worked hard to develop the talent I was given. I believed in myself, and I believe in the goodness of others.